Illumen Clinical Psychologist Kathryn Harvey on Virtual Reality and how it’s changing the game in psychology.

I remember the first time I had a panic attack – I was a stopped in a tunnel, in a traffic jam, and completely out of the blue my heart started racing, my breathing went haywire, and it felt like I was being suffocated. Luckily, through the virtue of what I do for a job, I worked out pretty quickly what was happening and before too long it was over without much fuss. I also knew that I had to override my instinct to never go back into a tunnel again, otherwise it would likely spread and before too long I could have a full blown anxiety disorder. Cue driving all over Sydney (where I lived at the time), at rather inconvenient times, finding tunnels I could drive through repeatedly, calming myself down until my brain no longer feared them. 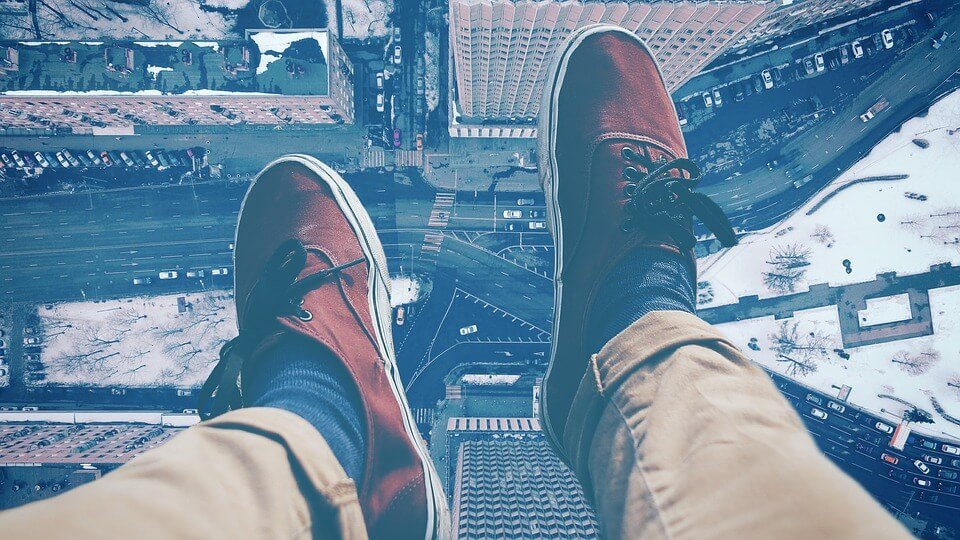 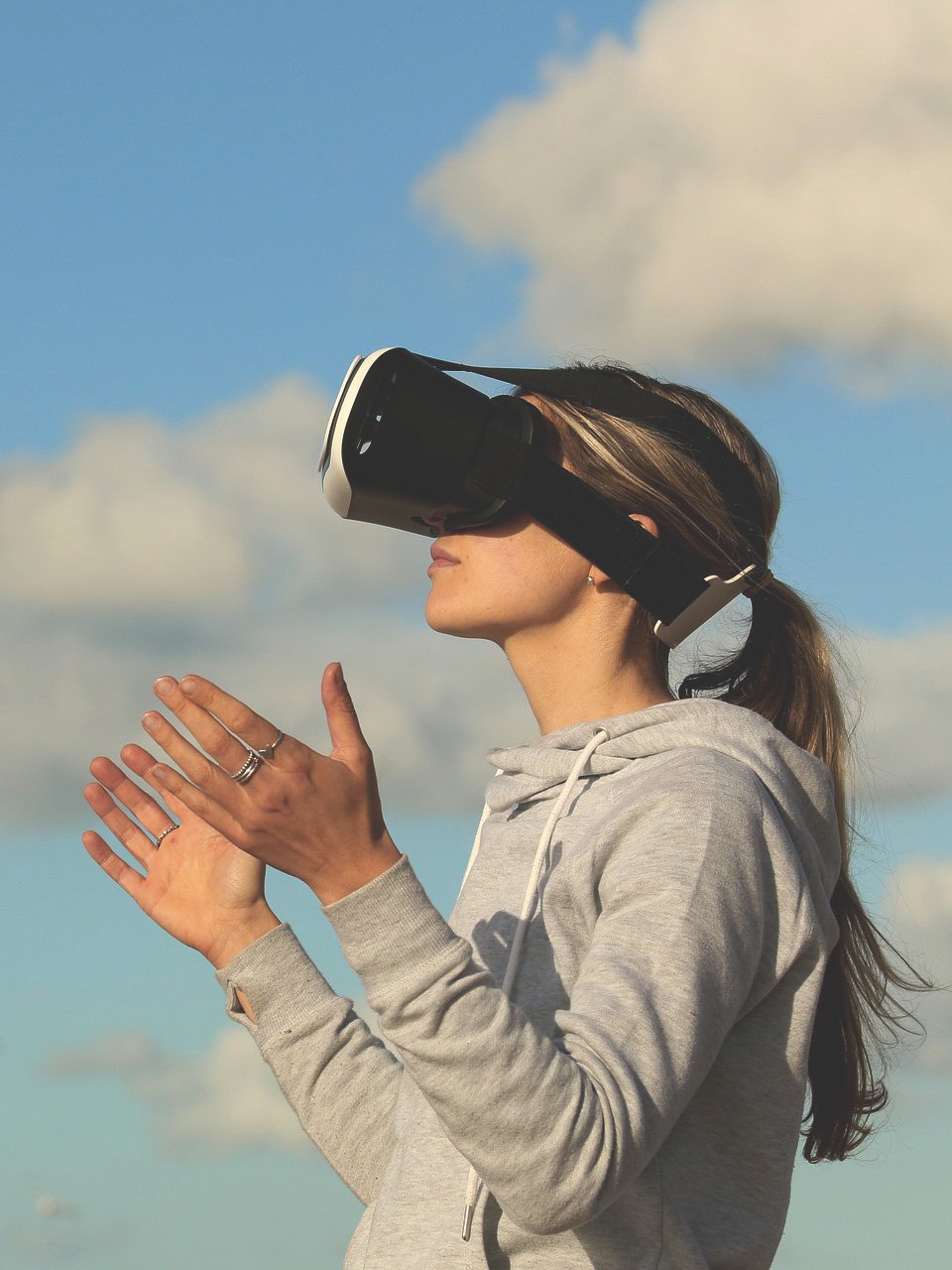 Exposure Therapy, the process of repeatedly exposing oneself to feared situations in a manner in which they have a degree of control, remains one of the most effective treatment methods for a range of psychological problems including phobias (eg, flying, heights, public speaking), Obsessive Compulsive Disorder (OCD), and Post-Traumatic Stress Disorder (PTSD). The way it works is via ‘systematic desensitisation’, where the person gradually approaches something they would normally avoid, using strategies to help calm down and relax, until that thing can be tolerated. It’s usually done in one of two ways, either using imagery (eg, imagining yourself on a plane), or ‘real life’ exposure (actually taking the flight).

Despite it being effective if it’s done right, the exposure process itself can be tricky, and is often fraught with practical issues. People often complain that imaginal exposure just isn’t “real” enough. Not too surprisingly, people generally don’t like doing it, and dropout rates for this type of treatment are high. Exposure can be inconvenient, sometimes costly (consider the flying example above), and sometimes we just can’t access what we need easily, like spiders, yappy dogs, or tunnels with traffic jams. And, no matter how it’s sold, to an anxious person, there’s still an element of risk.

Enter the world of virtual reality (VR), potentially a game-changer for psychology, opening the door to endless opportunities for exposure therapy. VR offers a huge advantage here – VR is not real, so people are more likely to try things they wouldn’t normally do in ‘real life’. But, our brain and body tends to react in the same way as if we were actually doing that thing we feared. Although VR has exploded in popularity over the past 2-3 years, VR itself has been around for some time. Initially booming in the late 80’s in the gaming industry, it stayed relatively behind the scenes due the huge cost and of the technology making it unavailable to the mass market. It was being applied to psychological issues during the 1990’s, with perhaps the most pioneering work being out of the United States where VR was being used to treat war veterans experiencing PTSD. Professor Albert “Skip” Rizzo is an expert in this field. VAs across America continue to use this technology, where combat zones are simulated and veterans are given a virtual war zone experience to work through in an artificial and controlled way, with the help of a therapist, who can manipulate elements such as landscapes, sounds, and even smells.

With the emergence of a range of cheaper, and easily available headsets in recent years, virtual reality-type experiences are now more popular than ever. Take Google cardboard for example – literally a folded piece of cardboard you slide your smartphone into that gives you a VR experience for next-to-nothing. Thanks to apps like YouTube 360, pretty much anyone can have a taste of VR. This app features 360-degree videos, a format allowing you to view environments from all directions, as if you were actually there. Whilst 360 video doesn’t allow the viewer to manipulate and move through the environment per se, nor does it use other sensory information (smells, movement), the ability to pan up and around from all angles allows for an immersive viewing experience; you can transport yourself nearly anywhere you want to go.

So where does this leave VR and its practical applications in psychology? Here in New Zealand, things have been happening behind the scenes for some time, but the technology is still mostly in university labs and not easily accessible. I’m doing some interesting work at my clinic using VR exposure therapy for a client with a phobia of electrical storms. Here was the challenge – to be effective, exposure therapy needs to be done repeatedly and in a graded way where the person starts off confronting something that feels more manageable, then builds up to the more anxiety provoking situations. This is obviously difficult given the unpredictable nature of thunderstorms (even in Auckland), and no ability to taper the intensity. To solve this problem, we started off using 360-degree storm footage found on YouTube 360 viewed using a Google Cardboard headset, which initially got some good results and was certainly more realistic than simple video. Using the headset, my client could pause the video when needed, and pan right around for a fully immersive experience. To make the experience even more realistic, I had the team of Matt and Byron at Motionbros create a custom 360-degree video filmed in Auckland CBD, complete with graded degrees of rain, thunder, and lightning. We also upgraded to a Stark VR headset which meant my client could go hands-free and have improved visuals and sound. So far, the results are promising; my client claims that it is the most realistic experience of being in a storm so far. Importantly, his anxiety is lessening. I’m soon due to start using 360 video exposure with a woman who is extremely anxious of travelling on boats due to a few bad experiences in the past. She’ll be able to experience being on a boat in away in which she can control, in the comfort of her own home, without having to pay for a ferry ticket every time she does her exposure homework.

I’m excited to see what happens with VR and how we can apply this technology in mental health, especially here in New Zealand. Internationally, VR is now being used in just about every mental health and behavioural issue including anxiety disorders, ADHD, addictions, depression, chronic pain, eating disorders, and Alzheimer’s. So far, most of the research has focused on anxiety disorders (phobias, social anxiety, and PTSD), with the results showing VR therapy to be an effective treatment method. With regard to other disorders, more work is needed, but initial results are encouraging. VR therapies still need a trained therapist, but some say that future versions could be readily available as a self-help book; while I’m not thrilled about the possibility of dehumanising psychological therapy, it will be an interesting one to watch. The possibilities are unlimited, and could transform mental health treatment.